The Bay at Portonovo and the Roman Church of Saint Maria

Just a few minutes from the sea, this walking trip passes through the dense Mediterranean greenery and visits the church of Saint Maria of Portonovo. The church is a masterpiece of roman Marchegian architecture.
Route: easy
Time: 2h

The North circle: The natural balcony of Pian Grande and the view over Portonovo

The walk leaves from Poggio, a small village on the Northern slopes of Mount Conero, and passes around the mountain towards the Trave Rocks and the Bay at Portonovo through pine forests and Mediterranean maquis.
Route: medium difficulty
Time: 2,5h

Woods, the history and secrets of the Conero

This walk includes some of the most extraordinary landscape of the summit, passing through the Mediterranean maquis and woods of the Conero.
Route: easy
Time: 3h

The South Circle: the cave at Mortarolo as far as the Passo del Lupo

From Fonte d’Olio at the Montarolo Cave, the ancient place of retreat, descending down as far as the amazing Passo del Lupo, to discover the some of the most suggestive countryside in the Conero Park towards the bay of the Due Sorelle.
Route: medium difficulty
Time: 3h 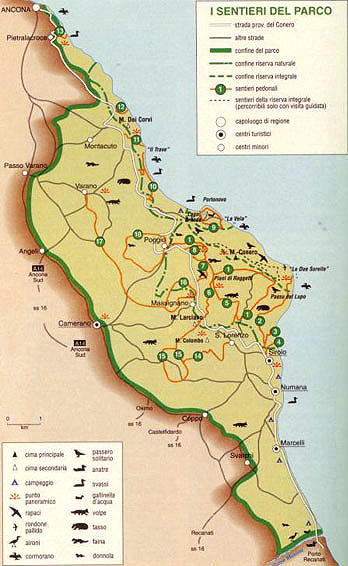 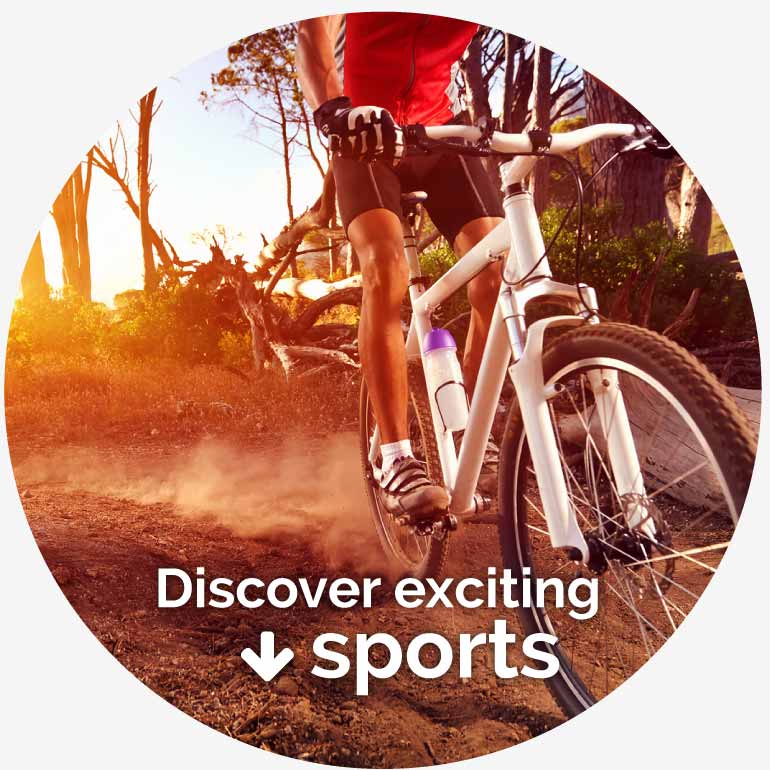