The Due Sorelle Beach at Sirolo

The Symbol of The Riviera

So named after the two rock formations that rise out of the sea, this beach is only accessible by sea. It is one of the most treasured beaches thanks to the wild and untouched surroundings, transparent waters and imposing mountain cliffs. No beach facilities

Ideal for: lovers of excursions.

How to get there: There is a boat service to the beach that leaves from the port in Numana and the beaches in Marcelli. The only path leading to it is known as the “Passo del Lupo” (wolf’s pass), however it is suitable only for expert walkers and lovers of extreme trekking.

The beach next to the Due Sorelle is characterized by its rock formations. It used to be home to the “ grotta degli schiavi”, the slave cave, that was covered by a landslide at the beginning of the century. Many people talk about the beauty of this cave that used to be accessible by boat from the sea. It is believed that the cave was used as a deposit for slaves, gathered during conflicts, by a certain admiral Sabba of the Saracens, who were held there in the wait to be sold or held for ransom. It was the same admiral Sabba who in 839 AD attacked Ancona destroying all the towns roman and greek vestiges and taking many slaves. He even removed the metal statues from the Traiano Arch.It is said, however, that the frightened inhabitants were soon saved because his ship along with all his fleet was lost in a storm at sea.

How to get there: only by sea with private boats.

Do you want to be there? Book now on the Conero Riviera! 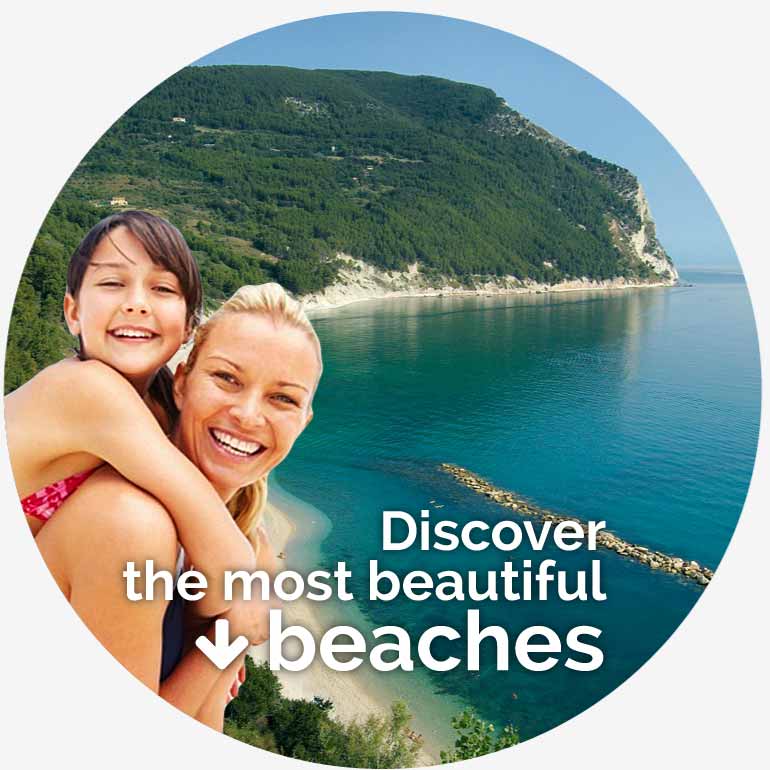